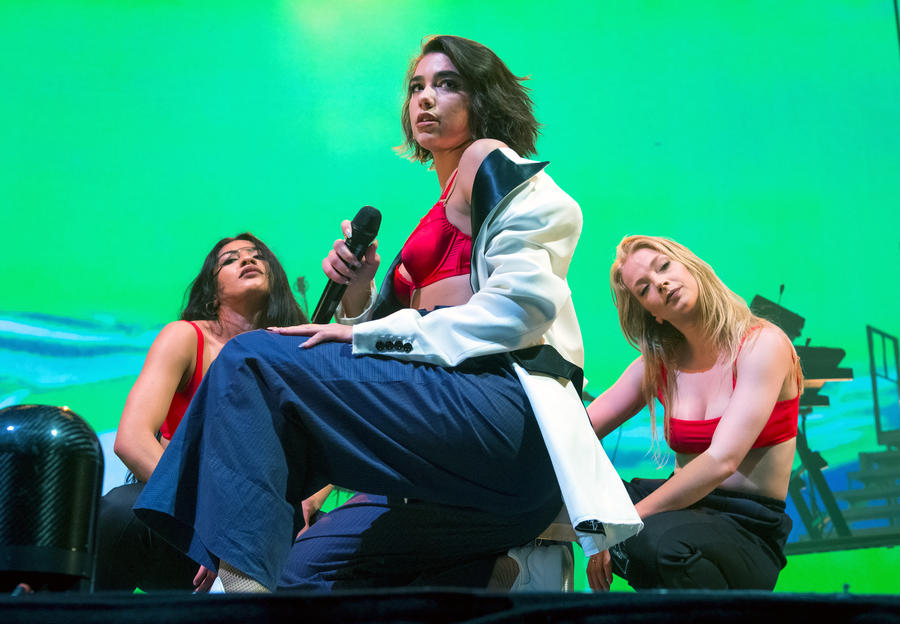 MTV UK: Dua Lipa was given the first ever key to hometown in Kosovo.

Dua Lipa has been honoured in a huge way by Kosovo.

The ‘One Kiss’ superstar has close ties with Kosovo as her parents are Albanian and she lived there for a few years in her teens, and she has now been given a key to her hometown.

This weekend she has returned to host her very own festival, which she has launched with her dad Dukagjin Lipa, that she is also headlining.

We have been nominated for the BEST EUROPIAN FESTIVAL AWARD!

NME: Dua Lipa’s dad is putting on a music festival

SpinSouthWest: Dua Lipa & Her Dad Created Their Own Festival In Kosovo

Classic Lifestyle: ‘Sunny Hill’, a festival that will bring together Albanian and Albanian artists in Kosovo

Pedestrian: Dua Lipa’s Dad Organised A Fest In Their Hometown & You Bet She’s Headlining It

Capital FM: Dua Lipa And Her Dad Are Putting On A Music Festival ‘Sunny Hill’ With A Huge Mystery Headliner.

Metro UK: Dua Lipa’s dad is putting on a music festival and of course the singer will be performing.

Pedestrian TV: Dua Lipa Receives First-Ever Key To The City In Her Home Town Of Prishtina

SUNNY HILL FESTIVAL: WE REMAIN HOPEFUL THAT THIS…

SUNNY HILL FESTIVAL 2020 WILL NOT TAKE PLACE THIS…